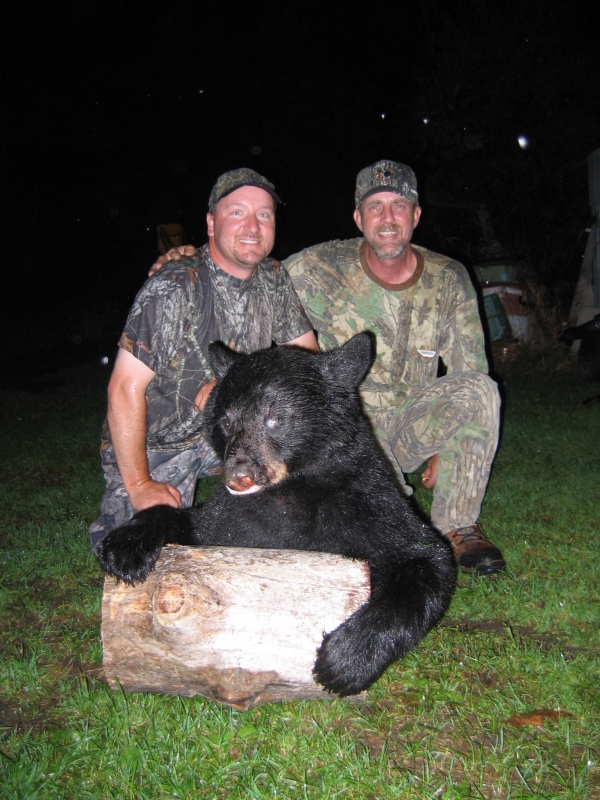 The weather was unseasonably hot with temperatures in the high 90's. Brian and Curtis were planning to film the hunt for a future TOG TV show. Getting a successful hunt on film is a lot harder than hunting by yourself, twice the nosie, twice the scent, twice the movement.

The weather was holding the bear movement to the cooler parts of the day. Brian and Curtis relied on Scent Stop, scent eliminator products from Buck Stop to kill the human scent. The walk to the stand would soak you in sweat, with out a scent eliminator we would be busted. On the 2 day of our hunt this bear came in from downwind and never knew we we there. Congratulations to Curtis on his first black bear. OH and we got the whole hunt on film.